Campus Idiomático-International Spanish School in Malaga is located at calle “Córdoba nº 6”, an area in the historic center called Soho, which is known for being the new social-cultural hub and leisure area of the city. The Soho or  Barrio de las Artes¨ is located next to one of the main streets “La Alameda Principal” and offers an excellent route of tapas. Only 100 meters away is “Muelle Uno”, a port area open to the city center, with an offer of leisure, gastronomy and nautical environment.

Situated only 10 minutes walking distance from the beach and 5 minutes from the important monuments, such as Plaza de la Constitución, the Cathedral, Picasso Museum, the Roman Theater, the Castle of Gibralfaro, City Hall, Museum of Malaga, Plaza de la Merced, the Cervantes Theater, the birthplace of Picasso. We are in one of the most famous streets of Malaga, where the Theater Soho from Antonio Banderas is found, in a business and leisure area, in which the Museum of Contemporary Art stands out.

Our Spanish school in Malaga is designed to be modern and comfortable, at the same time without abandoning the essence that transmits the building “Noble Center”, the former home of the poet Vicente Aleixandre, which has been awarded a Rehabilitation Prize by Malaga Official Association of Architects. Inside the building are also found the consulates of Sweden, Denmark and the Norwegian consulate office as our neighbors.

Our school provides students with magnificent conditions, such as: reception, classroom adapted for the disabled and technology, classroom for large groups, classroom for small groups with conversation classes, and some more classrooms to reserve in order to meet all needs regardless of the size of the group. Free WiFi, air conditioning, cafeteria in the multi-functional room, secretary and administration office, 3 female bathrooms and 3 male ones, and many other things. 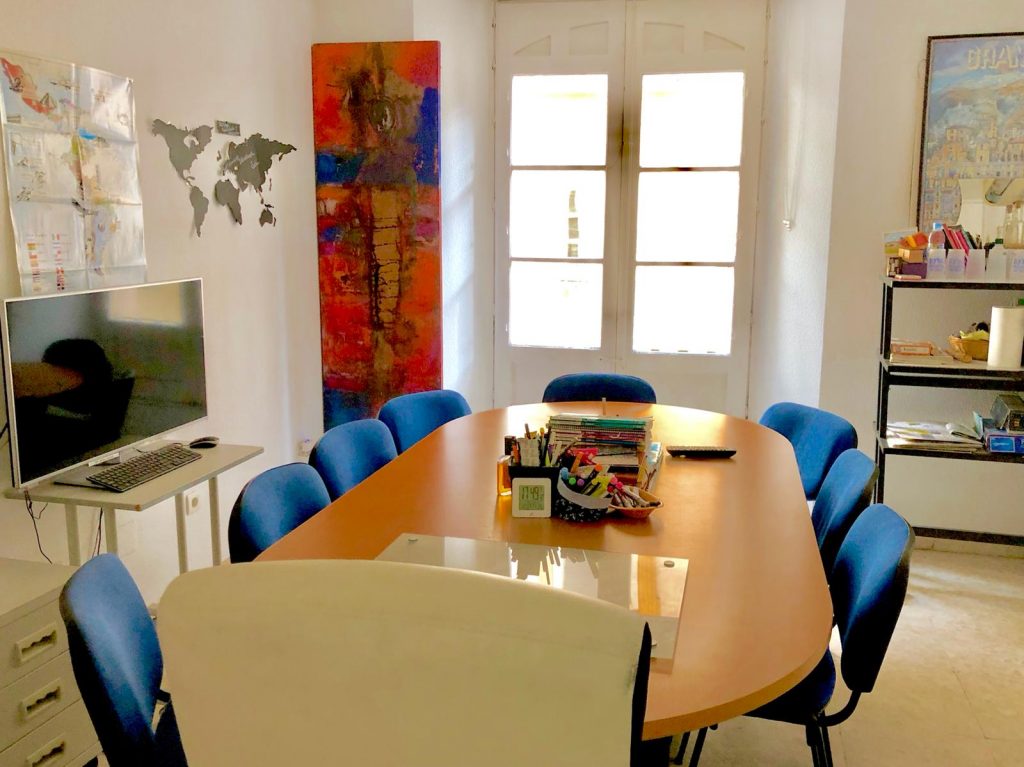 Calculate the price of your Spanish course and accommodation.